Budget 2017: A Guide for Businesses 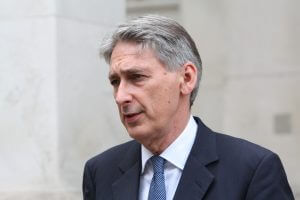 The Government published it’s Spring Budget 2017 on Wednesday 8th March 2017. The Chancellor, Phillip Hammond, officially unveiled his spending plans, which also included any tax hikes or cuts, during his speech to the House of Commons, which was followed by a debate.

Since the new plans have been unveiled, the media have been publishing a whole host of different articles, about many different areas that the Budget 2017 has affected businesses, schools, families, savings etc.

Have you looked into how the new spending plans will affect you?

A Guide to Budget 2017 for Businesses

There is so much covered in the Spring Budget, it can be hard to cut through the noise and focus on the areas that are the most important or will have an affect on you. The plans that have been set out will affect different people in different ways. How will you be affected as a business owner? What does this mean for limited companies? Are self employed people better off? We have answered questions such as these in our ‘Guide to Budget 2017 for Businesses’.

What is covered in the guide:

If you would like to talk to us about the Budget 2017 and how it may affect you, we would be more than happy to offer some guidance and support. Simply fill in the form and we can arrange to talk to you over the phone or if you prefer you can pop in for an informal chat (free of charge and non obligatory).

Key points from the budget…

When does the budget take affect?

The new spending plans that have been put into place do not have immediate affect, as they will not take place until April 2018. So you have time to over a year to get things in order.

The Chancellor has decided that this years Budget will be the last one to take place in the spring. Last year he decided that he wanted to simplify the whole business of setting taxes and government spending. Many argue that this process has become far too complicated thanks to not one but two budgets happening in one year.

Again, if you would like some advice, support or guidance regarding the Budget 2017 please do not hesitate to get in touch!  Simply fill in the form and we can arrange a date to chat to you either over the phone or if you prefer you can pop in for an informal chat (free of charge and non obligatory).